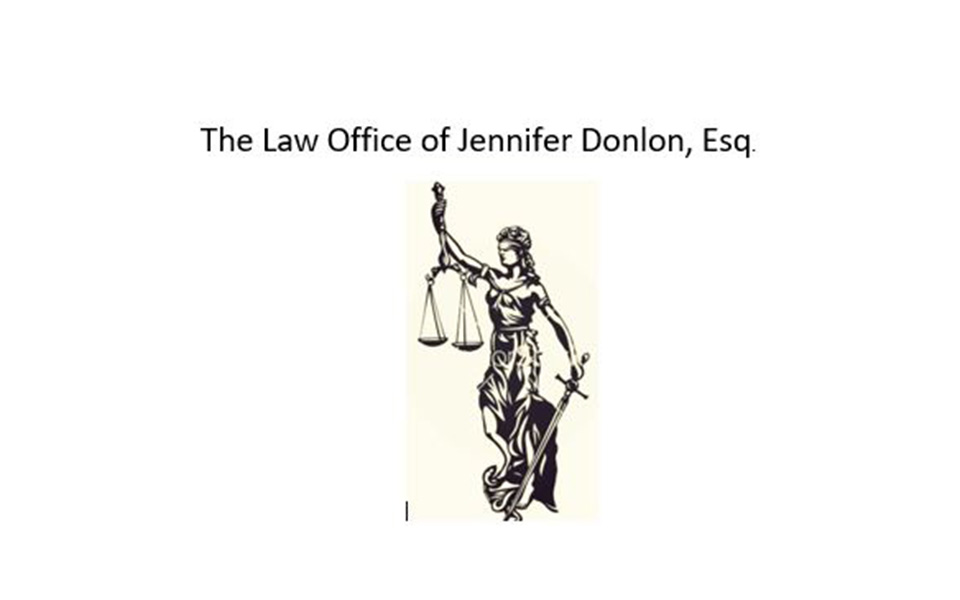 Attorney Jennifer Donlon was the first and only female solo practitioner in Hornell, NY when she began her practice in 2000. She brought a tenacity and female perspective to matrimonial and family law issues. Jennifer was born and raised in Hornell, New York and continues to be active in the community in which she works and lives. Jennifer attended Alfred State College and graduated with her Associates Degree in 1991 and also received the Phi Beta Award in Psychology. Her biography was published in National Dean’s List in 1991. She continued her educational studies at SUNY Binghamton and received her Bachelor’s of Arts with a double major in English Literature and Philosophy in 1995. With a love for writing and higher education, she taught English Composition as an adjunct professor at Alfred State College in 1996. With her continued love for writing coupled with a passion for justice, she continued her higher education at Albany Law School and graduated in 1999 with her Juris Doctorate Degree. Following graduation from law school, she was admitted to the New York State Bar in early 2000 and has been in private practice in her hometown ever since. Her practice has continued to serve the local community in which she has worked and lived her entire life. Jennifer has a strong passion for continuing to help those in need move past legal issues and prepare for the future.